Night at the Races by Adrian Lowe Wheeler

Night at the races: The club returned for the second year to the Chelmsford City racecourse. Last year the bulk of us came away with a good understanding of how not to do it, so were determined to have a better go this time around.

It is quite difficult to negotiate the speed of the horses, the quickly fading light at this time of year and the course railings. The general public also need to be taken into account; those taking 25:1 bets excitedly waving their arms and banging the fence on which you have carefully propped and prepared yourself for the golden moment of shutter click.

Unfortunately the bulk of us came away with a vastly improved understanding of how not to do it again, together with an improved esteem for the talents of those who specialise in sports photography. But this gave lots to talk about in the bar and there is always third time lucky next year….

Posted in News, Outings | Comments Off on The Club returns to Chelmsford City Racecourse

Sunday 21 August saw a super last Out & About of the Summer.  Members met at 11am and set out to explore the classic car show, the gardens in their glory and to take pictures of strangers (with their permission of course). The club’s programme secretary Tom Lewington was also in residence with an exhibition of his and other photographer’s works.

The day was of course interspersed with lunch at the Cafe and for some the BBQ. Discussion topics were the city of Florence (can it ever be bad?), the Masters of Photography programme on Sky Arts and rapid fire techniques for capturing flowers in macro. Two members were heckled for arriving late and going straight for brunch but they had the last laugh as they were still there to see the classic cars leaving at the end of the day.

Posted in News, Outings | Comments Off on Club’s summer outing to the RHS Hyde Hall

Ghost of Sizewell B by Shaun Spalding

The first weekend club Out and About of Summer 16 on Sunday 24 July to the Suffolk Coast was met by glorious weather.

Members gathered at the RSPB Minsmere nature reserve. The morning was spent there shooting dragonflies, butterflies and the nuclear power station.  Photography was broken up by a fish and chips lunch at the Flora beach cafe in Dunwich. The weather and outside location felt like it required lashings of ginger beer, but we made do with cola and tea.

The afternoon’s shooting was at the beach and estuary area of Walberswick. Big stoppers on the beach, climbing over groynes and sitting amongst decaying boats. Bliss.

Posted in News, Outings | Comments Off on Club’s summer outing to Suffolk Coast

Summer BBQ, a chance to chill out and socialise

Sunday saw the Club’s annual Summer BBQ. A purely social event where members and their partners come together at the King William IV Pub (where members socialise after club nights during the year) to enjoy food, beer and good gossip.

Dave G has received his 3rd Michelin star in Man-BQ and dressed appropriately. As always he puts in a lot of work to make the event a success, for which the club is always grateful.

There was no flashing to give Penny, Sue and Dennis such consternation 🙂 Just good food, conversation and weather.

Posted in News, Outings | Comments Off on Summer BBQ, a chance to chill out and socialise

Evening trip takes us to Heybridge Basin, a favourite location for many Club members

Heybridge! It was the landscape photographers’ turn this week for a balmy summer’s evening at the popular Heybridge Basin, where the Chelmer Blackwater Canal meets the River Blackwater.

There had been warnings about the allergy-causing hairs of the brown-tail moth caterpillars, which were infesting the area. But our intrepid members persevered regardless in the name of their art. No ill effects were reported even though a couple of macro shots of the offending beasts were taken.

The Old Ship was also on hand for fish and chip suppers for those of us that visited straight from work. Conversation topics included what are the best photo locations at the different cities that members are visiting this Summer; Air BnB; tax penalties (!); and of course Brexit.

Posted in News, Outings | Comments Off on Evening trip takes us to Heybridge Basin, a favourite location for many Club members

This is a chance to meet up with the fellow GNPC members and practice your street and urban shots.  Everyone is welcome and I am told that Caz, one of the members, is able to recommend a good real ale pub to go to afterwards.

Meeting time is 7.30pm and we will be walking around for approx. 2 hours.

11th June – Out and About at St Michaels Church, Braintree

Posted in News, Outings | Tagged out and about, photography trip, st michaels church | Comments Off on 11th June – Out and About at St Michaels Church, Braintree

Last night was another evening out for GNPC, this time to the pretty town of Thaxted in north Essex. It is famous for its windmill, so inevitably there were a few images of it made by our members! 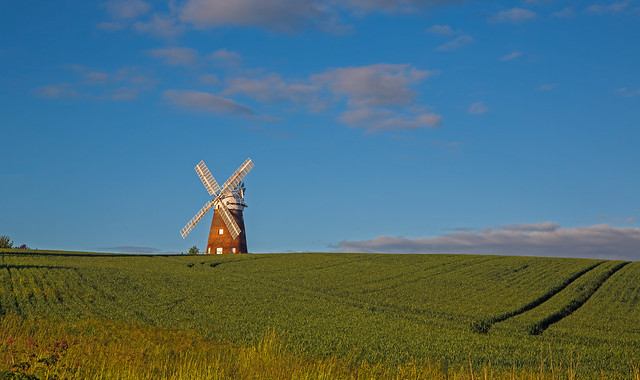 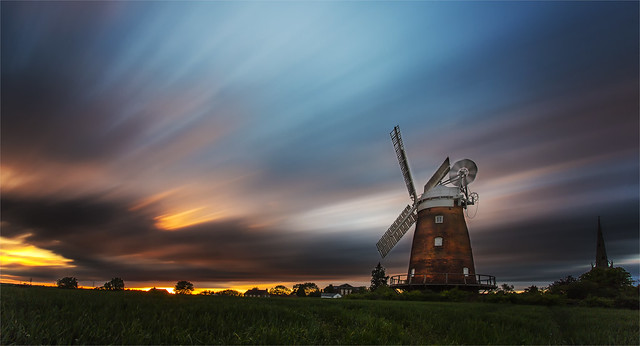 Mark Edwards bucked the trend and went for this shot of the High Street!

Our next photowalk is due on 28th June in Maldon.

A Wander Around Colne Engaine

The first of our Summer evening outings took place last Thursday, in lieu of our regular meeting at the Church in Great Notely. The week’s destination was the pretty village of Colne Engaine on the borders with Suffolk. There was a great turn out: 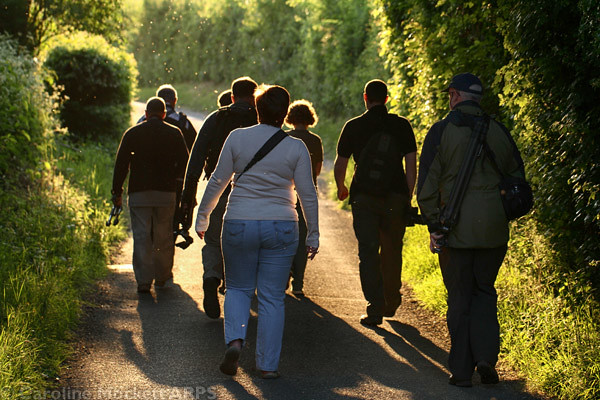 GNPC On The Prowl

Here are a few images which were made by members during our walk:

Fields Of Green by Lisa Potter 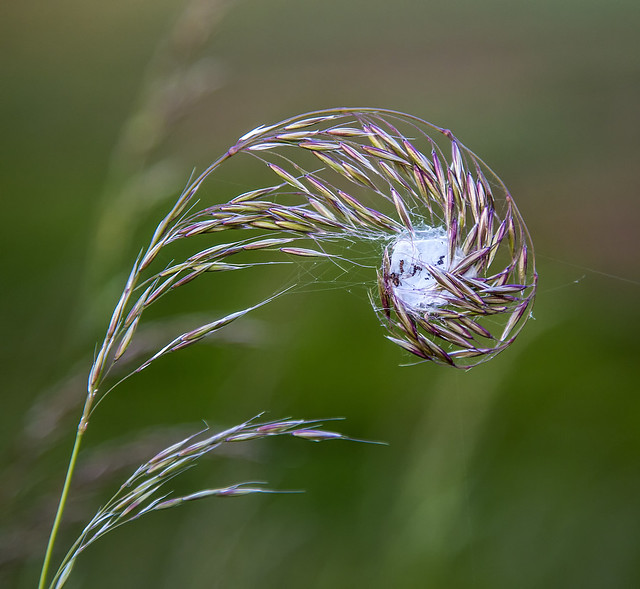 The Spiral Web by Dave Greenwood 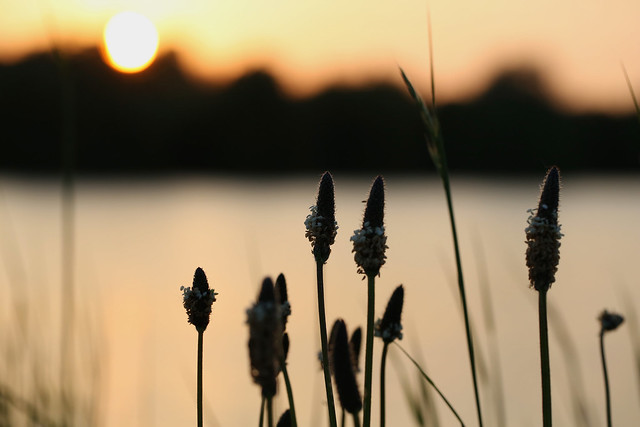 Sunset By The Lake by Kieron Adams 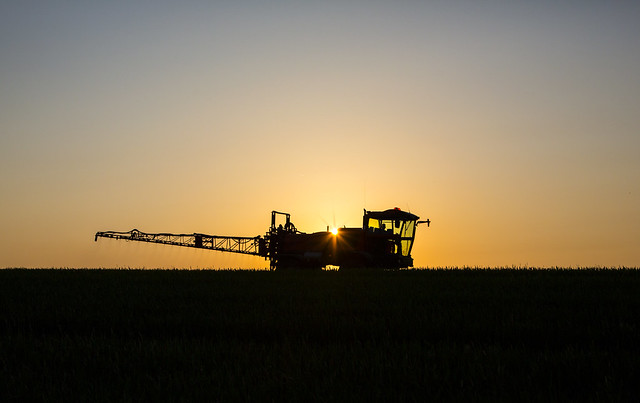 Light In The Darkness

A couple of nights ago, a small crowd of GNPC members gathered in a very dark Churchyard at Bradwell near Coggeshall to enjoy an evening of Light Painting.

The evening was lead ably by Cas & Jon Spicer (frequently to be found waving torches and spinning fairy lights in the dark). I brought along a couple of my colour-changing light sabres as well. And we made lots of interesting and fun shots: